As National Seafood Month ends today, seafood lovers (especially on the West Coast) should offer a toast to an unlikely alliance of the fishing industry, government regulators, and private environmental organizations. They all worked together to save an entire fishery—and put several delicious fish back on the menu.

Sit right back for the thrilling tale, as recounted on the NOAA Fisheries website, of a government-fueled fishing boom, a painful crash, and a hard-won resurgence. (NOAA Fisheries—more formally, the National Marine Fisheries Service—is the US government agency that manages fisheries.)

The story starts at the bottom of the Pacific Ocean. Among the fish that live there (collectively called groundfish) are many species of rockfish. Their firm, lean, mild-flavored white flesh makes a perfect base for almost any kind of fish recipe.

"During the 1980s," NOAA Fisheries says, "the West Coast groundfish fishery was a national model in building a valuable fishery quickly. Government financing helped fishermen build larger boats and buy expensive gear, and the fleet fished as fast and as much as they could."

Unfortunately, "The fleet grew too big, too fast, with almost 500 vessels at a time when the catch could support only half that."

"The council process became the chemistry set, the place where everyone tried to find a future," said Jason Cope, a research fish biologist for NOAA Fisheries. "It took every single person to sacrifice something to make it happen."

The industry agreed on a system called Catch Shares. Each fisherman has a quota for each species. If they reach their quota, they have to stop fishing, or buy or trade for others' quota space. Independent observers on every boat and on shore monitor the catch.

When fishermen questioned whether the fisheries were really so depleted, government scientists invited them to conduct the surveys that monitor the populations. It made sense; the surveys involve catching fish, which is what fishermen do. The boat crews operated the gear themselves, so they trusted the results.

Environmentalists pitched in, too. After the crash, The Nature Conservancy bought trawl permits from fishermen wanting to quit the business. That helped reduce fishing pressure while also preserving the permits and their associated quotas.

In 2015, the conservancy transferred more than $1 million worth of permits and quotas to the Monterey Bay Fisheries Trust, a nonprofit organization with a mission "to advance the social, economic, and environmental sustainability of Monterey Bay fisheries." The trust leases the fishing rights to local fishermen.

Fishermen hated, and still hate, the extra regulation and cost (they pay for the observers). But the sacrifices paid off. Scientists feared it would take a century for fish stocks to rebound. Instead, for many species, it took a decade. Others are still recovering—but the good news is that they really are recovering.

The Marine Stewardship Council, an international nonprofit organization, has certified the fishery as sustainable. The Monterey Bay Aquarium's Seafood Watch program, which advises consumers about seafood sustainability, suggests: "Buy US sources of rockfish because they're all either 'Best Choices' or 'Good Alternatives.'" (NOAA Fisheries has its own website about seafood sustainability, FishWatch.)

Now the industry is trying to remind consumers of how much they once loved rockfish. Shoppers haven't seen the fish in years. Cheaper foreign imports like tilapia have filled the void.

Giuseppe "Joe" Pennisi has found a cost-cutting marketing niche by becoming the first fisherman in years to sell his fresh catch directly off his boat at San Francisco's famed Fisherman's Wharf. He prides himself in fishing sustainably, using a net designed to let unwanted species and juvenile rockfish go free, and "light touch" trawling gear that barely skims the bottom so it doesn't damage habitat.

Most weekends, crowds line up before his boat, the Pioneer, even makes it back to port. "You can't help but be excited when you get to the dock and all these people are waiting for their fish," he told NOAA Fisheries.

Pennisi has an Environmental Info tab on his Pioneer Seafoods website, and he shows customers videos of his environmentally friendly nets in action.

"People want to see where their fish comes from, and I am happy to show them," he said. "People should have confidence in knowing that when we're out there fishing, we're doing it in a way we're very proud of." 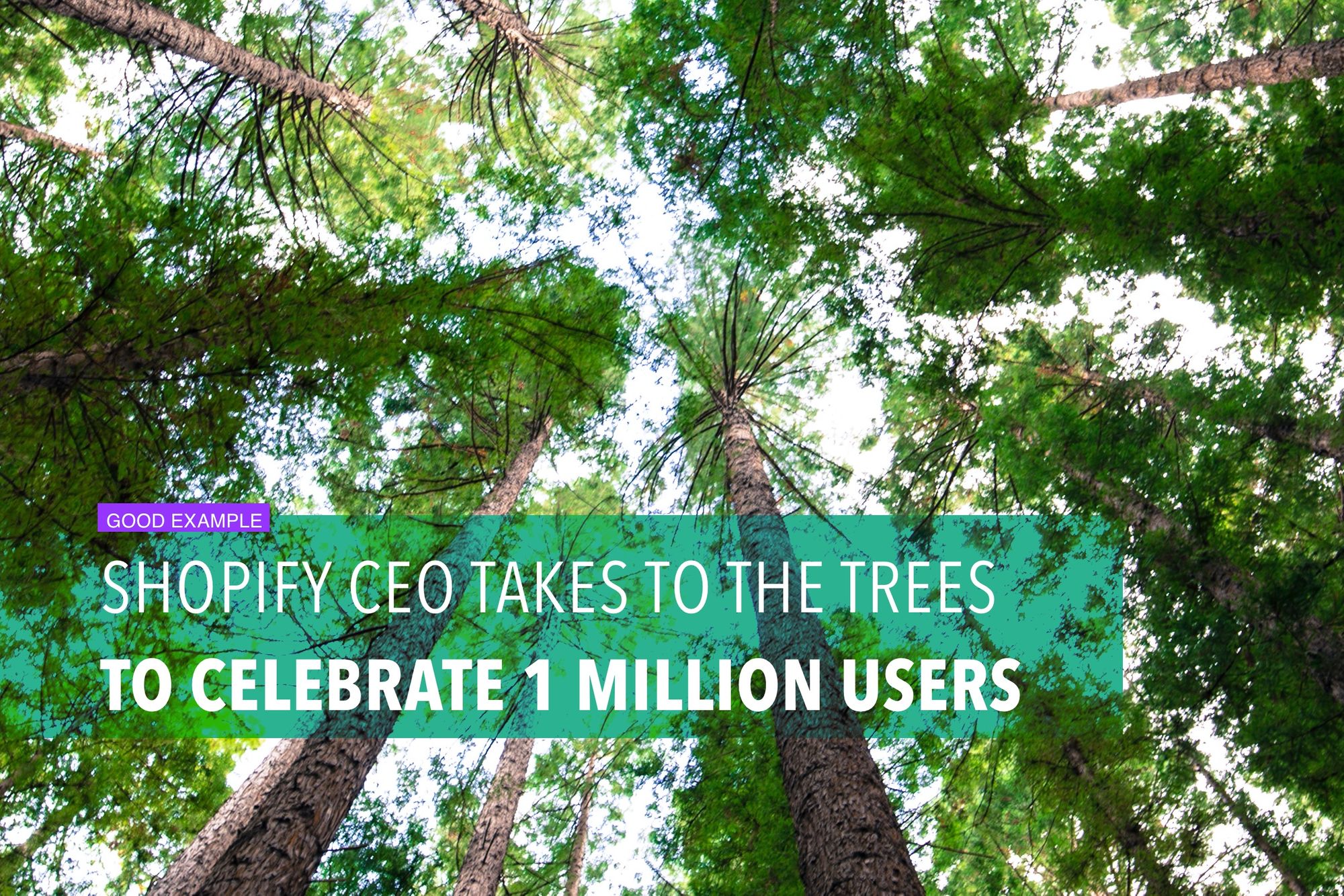 Lütke made the donation through Team Trees. That's a partnership between several YouTubers/influencers and the Arbor Day Foundation, the venerable tree-planting nonprofit. 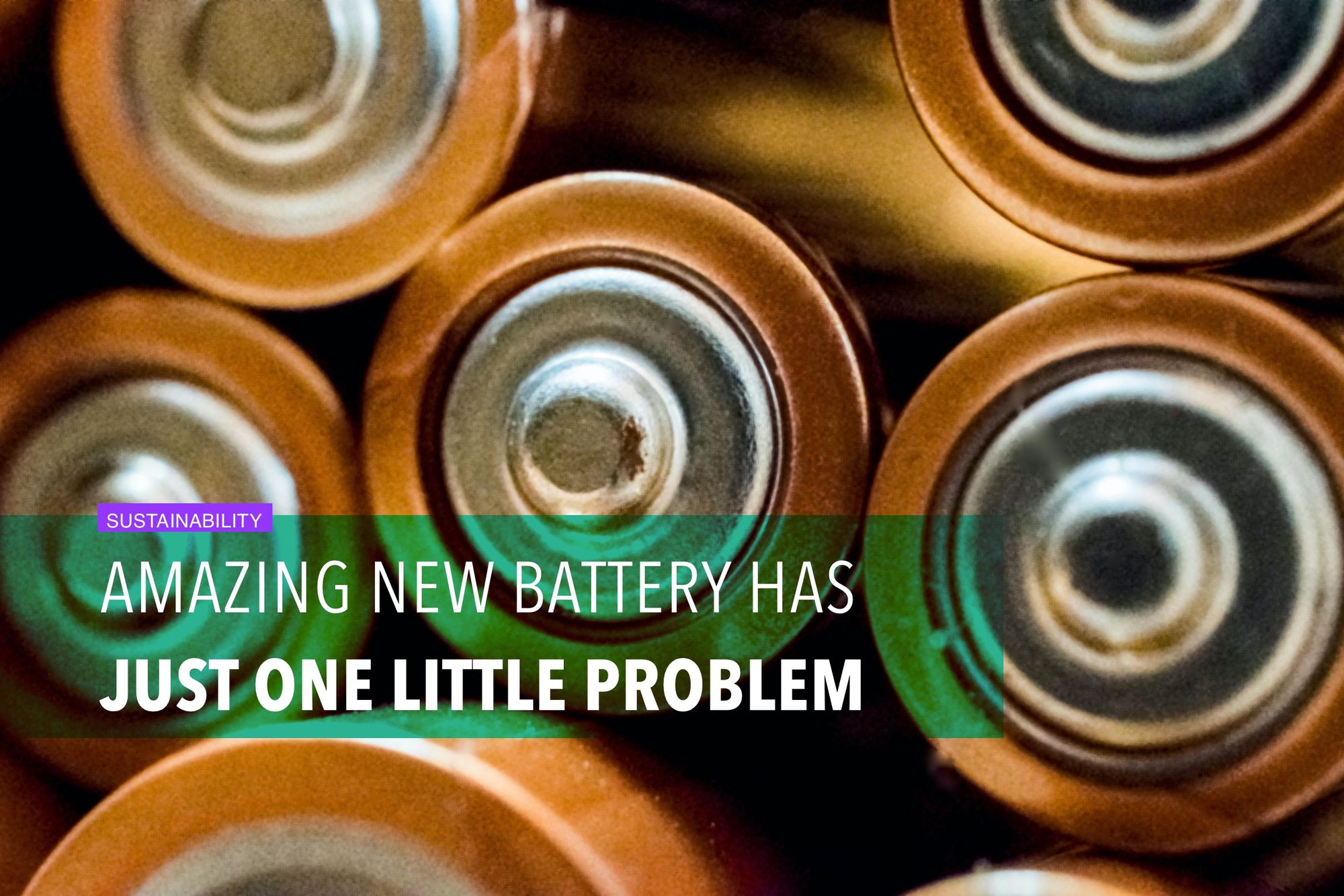 It can't be recharged. No problem, Jackson says. Just yank out the old battery pack and swap in a new one. He says it takes only 90 seconds.

Cloverly Blog
—
This fish story has a happy, sustainable (and true!) ending
Share this